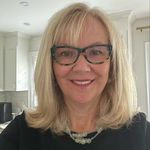 Krista is a senior communications and public affairs executive with extensive expertise in pharmaceuticals, consumer packaged goods and financial services with more than 12 years of operating committee experience in progressively senior roles at leading Fortune 500 companies. With over 8 years with government and not-for-profit organizations and international experience in leadership roles in Canada, USA and Latin America, Krista’s industry expertise upholds CBA’s mission and vision.

In 2020 Krista was named one of Canada’s Top 100 Women of Influence by the Women’s Executive Network. She is also on the board of the Markham Stouffville Hospital Foundation and Trent University.

As Vice President of Canadian Beverage Association, Carolyn develops and executes the strategic priorities and projects for the organization. Leading a team of best-in-class public affairs and communications experts, Carolyn identifies priorities and campaigns that lead to real-world results that support CBA’s mission and vision.

Prior to joining the CBA, Carolyn built communications programs from the ground up encompassing multiple platforms for some of the nation’s largest corporations and most prominent brands including CTV, MuchMusic, TSN, Rogers Media, United Way Toronto and Tapped Mobile. She was responsible for the social media strategy supporting Canada’s Olympic Broadcast Media Consortium for Vancouver 2010 and London 2012.

A trailblazer, Carolyn founded and defined the role of digital communications at Bell Media, raising the digital profile of the company. Continuing those efforts at Compute Ontario, she looked for ways to forward the mission and profile of the province’s academic supercomputer infrastructures.

Carolyn earned a Bachelor of Arts at the University of Toronto, and later completed post-graduate programs in Communications and Public Relations at Centennial College, and an Executive Leadership program at Cornell. Most recently, she received her certificate in professional copyediting from Queen’s University. She continues to be a member of the International Association of Business Communicators and serves on national and community organization Boards and Advisory Committees.

As the Communications and Public Affairs Advisor at the Canadian Beverage Association (CBA), Milena is responsible for developing and executing communications strategies and positioning on food and beverage related issues, reflecting beverage industry priorities across Canada.

Prior to joining the CBA, Milena worked as Research Analyst and Program Editor at the NATO Association of Canada, where she assisted in the development of research and outreach initiatives aimed at promoting the Association’s mission. She also worked as Political and Economic Affairs Assistant at the U.S.